How to build your financial vision.

Your identity is both your greatest asset and greatest weakness. And more often than not, it’s those limiting beliefs that hold you back from achieving greatness. Your vision.

Tom Brady, widely recognized as the G.O.A.T. of football, was drafted in the sixth round. In college, he played second string. Do you think he believed he would make it to the NFL? Or win seven Super Bowls? He’s been quoted as saying, “If you don’t believe in yourself, why is anyone else going to believe in you?”

In today’s episode of the Becoming Kings Podcast, I talk with Dylan Bain about crafting your vision, solving financial problems by extracting the roots, and why many men feel lost in life. Creating a vigorous, uncompromising self-identity doesn’t have to elude you. Give this episode a listen to capitalize on every opportunity that comes your way. 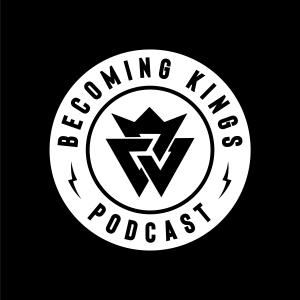